It’s a special day in my world: Lost and Found‘s 4th birthday! To celebrate, I’ve marked down the ebook for Lost and Found, the first book in the Emi Lost & Found series, to 99¢ (that’s 75% off) for the day, so get it fast! You won’t want to miss the epic love story of Emi and Nate! Time is running out! 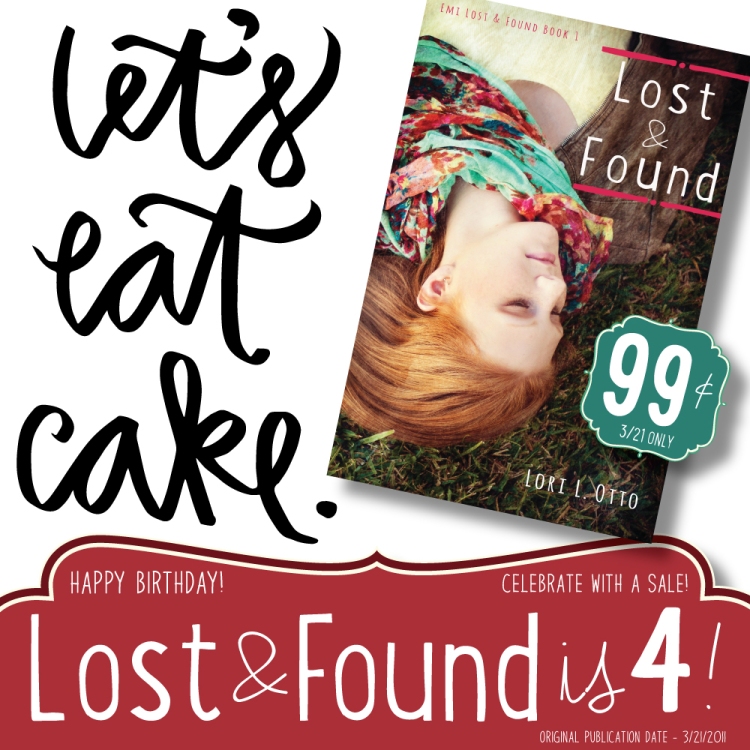 And for the fun of it, I decided to mark down the price of Contessa, too, to 99¢ (also 75% off). The sale on the first book of the Choisie series will last longer–through April 5th! But there’s no time like the present! Go ahead and start this beautiful story of first love and family relationships.

Happy reading to you all!